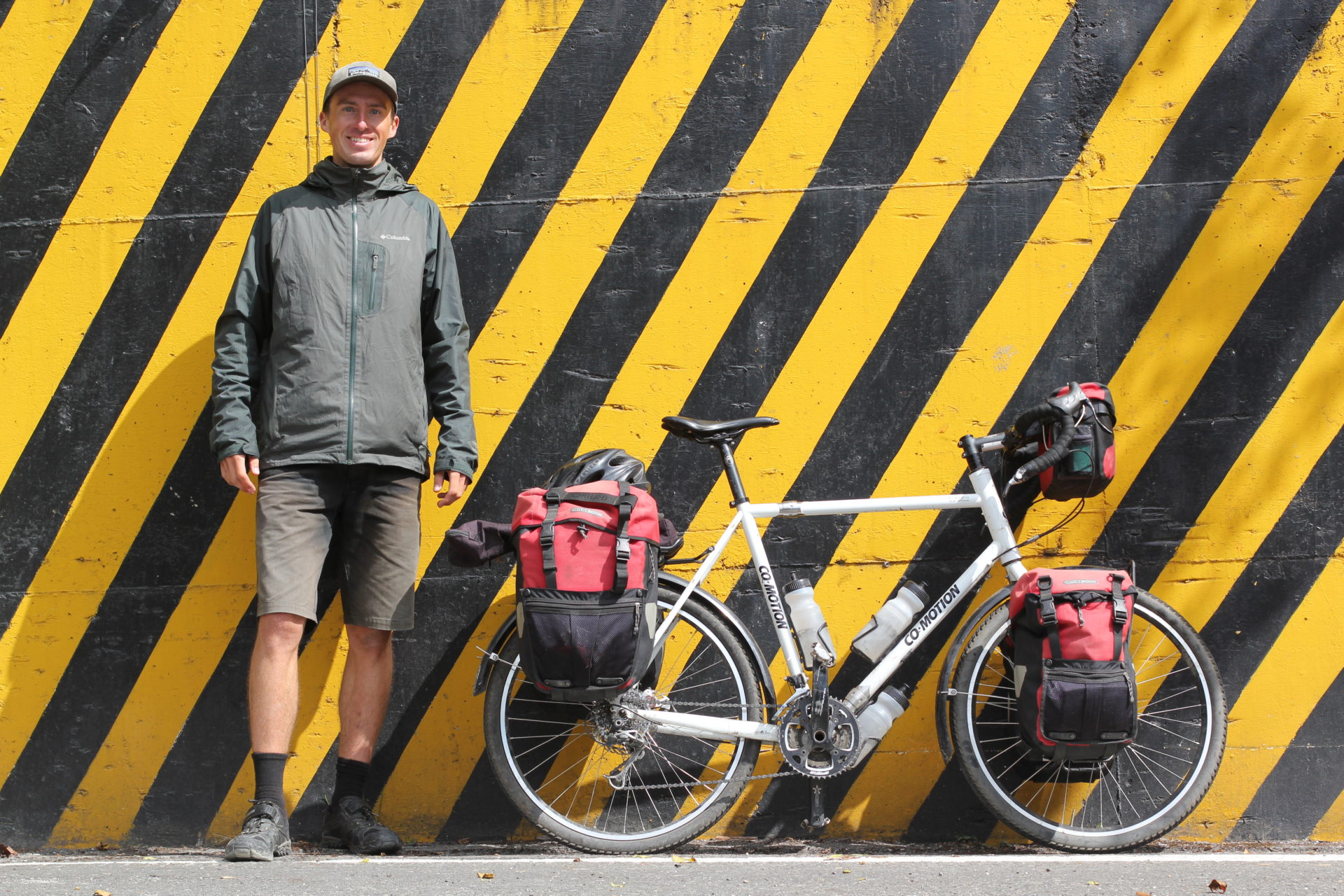 Bike Virginia is pleased to announce that Darren Alff/Bicycle Touring Pro will be joining us this year for the amazing cycling adventures we have planned.

Darren is one of the world’s leading experts on bicycle touring. For 19 years now, Darren has been traveling the world by bicycle and has made it his mission to teach the joys of bicycle travel to people all over the world. His website at  www.bicycletouringpro.com has over 500,000 visitors a year that are learning about the wonderful world of bike touring.

Darren’s ‘how-to’ book, “The Bicycle Touring Blueprint“ book and video course has taught thousands of people, all over the world, how to avoid the pitfalls and mistakes that many first time bike travelers make. He also offers a book and video course on what you need to know before you purchase your first touring bicycle, and how to stretch before and after a bicycling tour. Even more people around the world follow his travels on his very popular YouTube channel, as Darren is an amazing photographer and videographer.

Darren explained why he is joining Bike Virginia this year: “Since 2001, I have cycled in more than 70 different countries around the world, but one of my most memorable cycling trips was one of my first. In 2003, I spent the summer cycling from North Carolina to Maine. For about a week, I rode through the state of Virginia and since that time, Virginia has remained one of my favorite places in the entire United States. There were three things that really stood out to me from my time there: 1). the people were incredibly friendly and hospitable, 2). there was a ton of beautiful nature to ride through, and 3). I enjoyed seeing all the wildlife! I am also really looking forward to the fact that I don’t have to plan any of my routes or cook any of my own food during the Bike Virginia tour, as it looks like you are taking care of all that! I am really looking forward to coming back to Virginia!”

Darren has chosen to ride all 6 days with us. He states that he is often cycling alone and it can get lonesome at times, so he is looking forward to meeting with people from all around the United States/world and riding alongside people who love cycling as much as he does. For those of you who would like to meet Darren in person, he will be having a “meet up” on Friday June 21, 2019 at 7pm  at the Bike Virginia Hospitality tent.

Calling all Wine Lovers! If You Love Wine, You’ll Love This Tour